Skip to content
Contents hide
1 Bharatpur rajasthan:
2 In a case of murder, information has been received about the sub-inspector of Balghat police station bringing an accused from Karauli, Rajasthan to Jaipur with a knife.

In a case of murder, information has been received about the sub-inspector of Balghat police station bringing an accused from Karauli, Rajasthan to Jaipur with a knife. 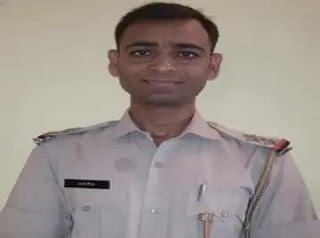 Avjit Kumar Meena, sub-inspector of Balaghat police station in Karauli has lodged a report of the attack at Ramnagaria police station.  It was told that the police has returned the accused of murder back to Karauli.

According to the information received, the miscreant first stabbed the sub-inspector with a knife.  He then tried to commit suicide by putting a knife on his own throat.

When he was trying to escape, the police team caught him immediately.

Sub Inspector Avjit Kumar Meena said that on September 27, accused Rupesh Meena was arrested from Karauli for the murder of Kailashchand Meena in Karauli.  One of the accused was also involved in the planning of the murder.

His location was coming to Jaipur.  To catch him, the police reached Jaipur with Rupesh.

In Jaipur, the police raided the house of the accused in Jagatpura.  At his house, the police started questioning the suspect.

When the constable got suspicious, he called to come out.

Still he did not come out, then SI Avjit Kumar came and knocked on the door.  Then suddenly Rupesh came out with a knife in his hand.

As soon as he came, he attacked SI Avjit Kumar with a knife.  Avjit Kumar got a knife on his hand.

This caused a deep wound.

All the policemen came towards Rupesh.  Rupesh put the knife on himself and asked everyone to back down.  He was trying to escape.

The constable and Avjit Kumar who were present there, surrounded him and caught him.